Get ready for the Red, White, and Blue! On July 4th, 1776 our Forefathers declared the 13 colonies independence from King George of Great Britain and started the United States of America which is why we get together for fun, food, and sometimes fireworks every July 4th. But it might be time to do things differently this year, with no fireworks. 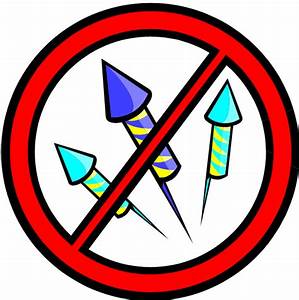 Many of us love the beautiful sight of fireworks going off in the sky with loud banging sounds. However, these fireworks can cause stress or worry for some. First and foremost some people on Autism Spectrum and other disabled have difficulty with loud noises. War Veterans often suffer from Post Traumatic Stress Disorder (PTSD) as the sounds of fireworks can remind them of the violence and loss they suffered during the war.

Many of the staff at Little Red Hen were directly affected by the Camp Fire that destroyed much of Paradise this past November. This not only destroyed homes and belongings but also wrecked the quality of the air for a long while. This is a perfect example of what can happen when a fire gets out of control. While fireworks are the traditional method of celebrating and many of us find them to be entertaining, it might be good to find alternative ways to celebrate.

Who doesn't enjoy a good bite to eat or time to pig out with special foods? There are many dishes out there to make like this Patriot's Pie shown above. Look up recipes for the Fourth of July, mix together foods with the colors of red white and blue to see what you can make yourself!

Many movies come in season around this time of year. Watch one that focuses on the same time of year as Independence Day (even if it's just for a brief moment in the film). Some of the films listed on Collider include Jaws, The Sandlot, Independence Day, the Patriot and 1776. Depending on what genre you like the best, practically any film could do. Jaws and Sandlot both take place in the summer where adventures occur. Independence Day is an obvious go to because it is sci-fi take on the world's battle for independence from an alien threat, the Patriot takes place during the war for independence while taking some liberties with history, and 1776 is a musical story about how the Declaration of Independence itself came into being. Support a local business and check out All the Best Video near our Kitchen Store for holiday movies that fit in with the Fourth then head on over to the Kitchen Store to grab some of our gear to make homemade popcorn!

What's In Chico for this Forth?

According to news, there will be a car race taking place at the silver dollar fairgrounds at 6 pm that night. It could be fun to watch two vehicles trying to out-speed each other.

Have A Fire in a Fire Pit:

While it is still fire, it won't be as noisy as setting off fireworks. This can also be a good time to roast marshmallows and make smores. Make sure to have a hose handy and to put out your fire when you're done! Safety First!

It will most likely be a very hot day on the 4th of July. So why not cool down and re-enact the fight for freedom with squirt guns and water balloons. You won't mind being hit by some friendly fire when it's cool and refreshing H2O

Even though fireworks have been the way the fourth goes off with a bang, there's nothing wrong with trying something fun and new.